About two years ago, when I was twenty-one years old, I got a call from my bank trying to sell me Accidental Death Insurance.

“Why would I need that?” I asked the man on the phone.

He gave me a long talk about all the horrible things that could happen to me. He assured me that the insurance wouldn’t just cover my gruesome demise, but that it would also kick in if I lost a limb or went blind.

He went on to say that I needed to make sure that all my expenses would be covered in the event of my dismemberment. More importantly, it was my responsibility to make sure that my looming decapitation or impalement wouldn’t be too much of a burden on my family.

All of this seemed pretty ridiculous. To understand why, here’s a snapshot of my life at the time: I was still working on my bachelor’s degree, earning less than 12k a year. Also, I lived with my parents who supported me financially so I never really had to consider the well-being of anyone other than myself.

So I told the guy: “You know, if I get my head cut off I don’t think I’ll care whether or not I had accidental death insurance.”  He got annoyed and pretty rude. I hung up.

In the present day, I’m two years older and out of school, but not that much has changed in my life. I’m still not interested in accidental death insurance.

At the end of the day the only person I’m really responsible for at this stage of my life is myself. It would be terrible if I died horribly on my morning commute tomorrow, but I have no dependants and nobody’s taking a huge financial loss in that scenario.

This experience left me with a negative impression of my bank. I had only just started putting regular deposits into my checking account and I had to wonder: were they tracking my income and trying to sell me something once I hit a certain marker? I was flat broke the entire year prior and it felt awful to think that the second I was worth something, they were descending on me like vultures to get a piece of what little I had.

Curious, I asked around and some friends reported having similar experiences. Only one was naïve enough to buy the insurance, but quickly cancelled it.

This is a generation that systematically challenges norms and changes values. So why are we expected to swallow an outdated sales pitch? 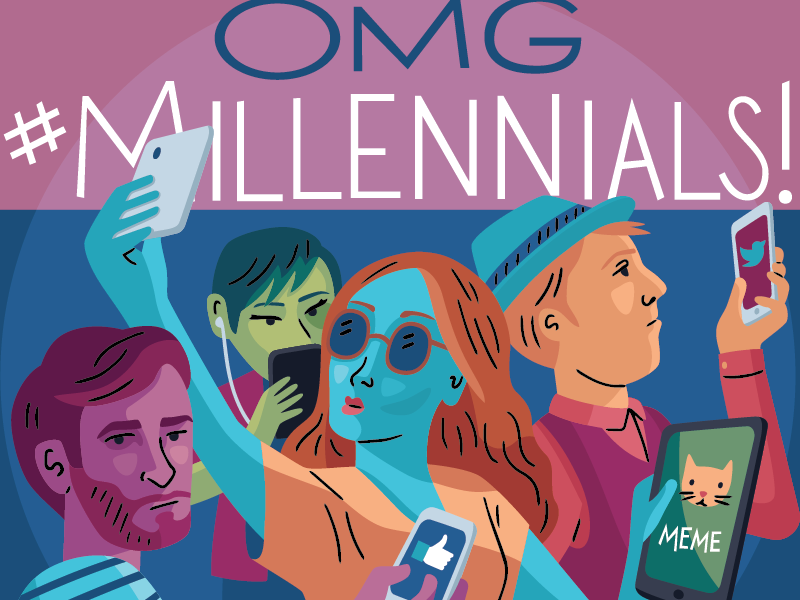 It’s common knowledge that young people today are progressing in life at a different rate than previous generations. And yet, the insurance industry isn’t doing much to catch up with them. Or rather, slow down.

The biggest difference between Millennials and previous generations isn’t values, it’s that we’re hitting certain milestones later that our predecessors. Looking back on that “snapshot” of my life; the key thing to notice is that I don’t have any dependants. The thought of having dependants is very far off for me. Because of this, I have very little motivation to try and put my affairs in order to prepare for my death, which is highly improbably to begin with.

Most millennials do in fact want marriage and/or kids; but factors like a slower job-market, high cost of living, and student loans mean that they’re leaving these things until later. This makes it harder to sell them on something like Accidental Death Insurance, where the main proposition is security for your dependants.

What’s the solution then? Providers need to better address changing timelines and pressure points when they make their pitch.

For putting out the message to younger prospects, something less invasive than a phone call will be more effective. There’s a place for over-the-phone or in-person communication, but timing is everything. In this case, personalized content would be be Save tter than an aggressive salesman (though most things would be).

Chances are, neither’s going to get a twenty-something to jump at the offer of an insurance policy, but one gives a negative impression and the other primes them to remember the provider when the time comes to buy in.

About the Author: Matt Wrobel

A scientist by training and technology geek by day, Matt has played a major role in tackling operational challenges and drilling what matters most to customers. Value is relative, and so is data. Matt finds ways to get strategy working to bring to life value to customers. Give him a shout or read his blogs to get the lay-down and know-how of customer experience

Get more of our expert’s advice. Sign up here